You definitely do not want to miss the concert put on by The Oak Ridge Boys. They have decades worth of country and gospel music experience that creates a unique experience when you see them perform live. The original band was formed in 1945, and they performed all over Tennessee. The Oak Ridge Boys started out performing mostly gospel music, but due to some advice from a producer, they transitioned into country music and their career took off. Some of their popular hits include “Elvira,” “Bobbie Sue,” and “American Made.” 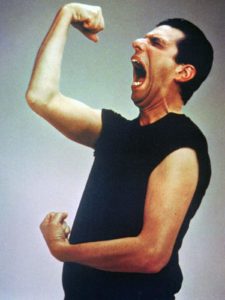 Jon Bauman created an iconic stage character, “Bowzer,” that has brought him much fame over the last few decades. He starred in the show, “Sha Na Na” and went on to do many other things, such as hosting game shows. Bowzer is hosting this event and bringing along some other acts you will definitely enjoy. Those artists include Freddy “Boom Boom” Cannon, Shirley Alston Reeves, Joey Dee, Bowzer and the Stingrays, Rocky & the Rollers, and special guest Johnny Contardo. With this many stars in the theater, you won’t want to leave! Tracy Lawrence released his first album in 1991, where his song “Sticks and Stones” became his first number 1 hit. With every album released afterwards, he had many hits from them as well, selling over 13 million albums. Tracy Lawrence is the host of a country music radio show called “Honky Tonkin with Tracy Lawrence.” Some of his other popular songs include “Paint Me a Birmingham,” “Alibis,” and “Time Marches On.” This show will be a great ode to country music, so it’s definitely one you don’t want to miss!

Of course, you don’t want to miss out on the regularly scheduled show when it comes to Country Tonite Theatre events! You will get to see youth performers, a variety of vocalists, dancers, instrumentalists, and the resident comedian! Country Tonite is the only theatre in Pigeon Forge with youth performers, so it makes us stand out! Hear your favorite country and gospel hits while you watch the spectacular show that will have you mesmerized from start to finish. Our show has been voted the favorite show in the Smokies for many years, so come on out on your next trip and see what the fuss is all about!

We know you’re looking forward to these exciting upcoming Country Tonite Theatre events full of your favorite songs and performers. Even if you don’t know the stars that well, you’ll enjoy their shows. For even more information on these events, look at our upcoming events page.

Top 4 Reasons to Bring Your Student Group to Our Show in Pigeon Forge TN
The Country Tonite Show is Open! CLICK HERE to view the enhanced health & safety measures we have taken for you, our other guests, staff and cast members. All guests are required to wear a face mask to our show. If you have any questions, please call the theatre directly at 865-453-2003. We look forward to seeing you!
+
Scroll to top